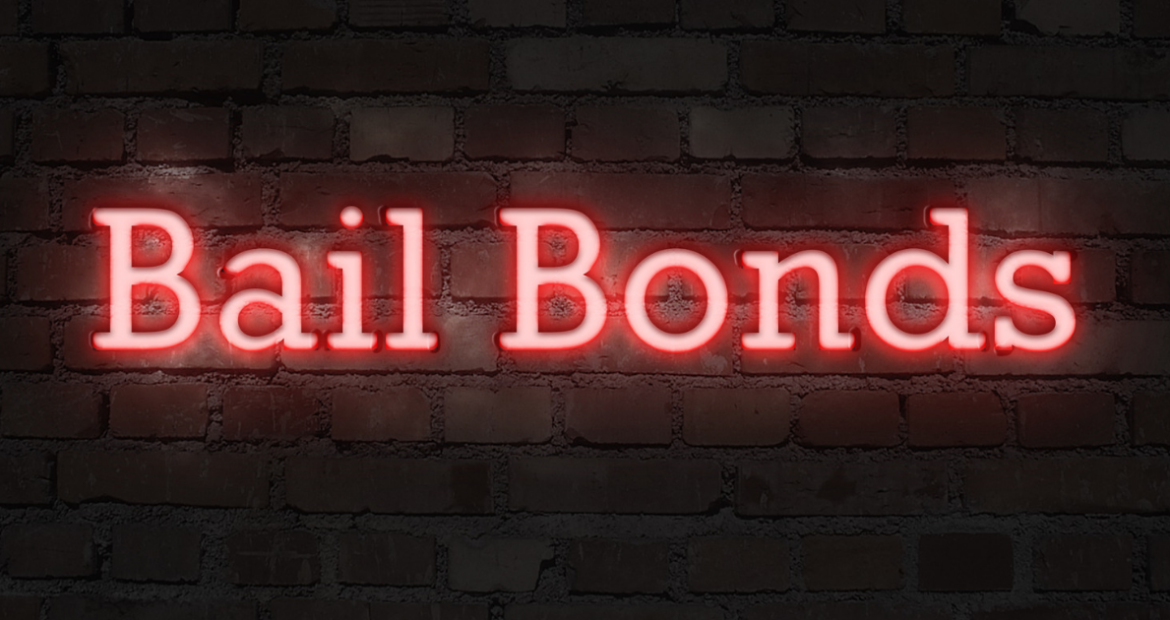 A Complete Guide to the Bail Bond Process "

A Complete Guide to the Bail Bond Process

The bail bond process is something that no one hopes they need to understand and something that must be understood quickly when it is needed.  It’s not a very complicated process, however, if the person looking to secure a bond doesn’t fully understand it they could easily be taken advantage of. This guide to the bail bond process is written to help anyone who needs to secure a bail bond to get themselves or a loved one out of jail.

Many topics are covered in this article including how bail bond works, how to find a bail bondsman and risks associated with cosigning a bail bond.  Readers will also learn 3 types of bail bonds, what to expect after the bond is issued and how much a bail bond costs.  With a full understanding of the bail bonds process those who need a bail bondsman will know how to find one they trust and be prepared from start to finish.

When someone starts the bail bond process, they are likely under a lot of stress because they have either just been arrested themselves or just learned that a friend or family needs to post bail.  For this reason, the first step of starting the bail bond process is to take some deep breaths to aid the brain to think more clearly.  After some breathing, it’s best to evaluate how much the bail bond will cost and gather the information the bail bondsman will need.

How does bail bond work

The bail bond process works like a type of insurance that someone who’s been arrested will return to court for sentencing if they are released from jail before the date they are scheduled to appear. When a person is arrested a bail is set based on a variety of factors like previous arrests and flight risks.  If it’s determined that they can be released, a fine, called bail, must be paid for the privilege of release.  Paying the fee is essentially like promising to return to be sentenced on the assigned court date.

Often the bail is set too high for the person who has been arrested to afford it.  This is when a bail bondsman is needed to facilitate posting bail and getting the person released. The bail bonds process is designed to help those that can’t pay bail outright do so with their assets, their signature, or a percentage of the total bail fee.

How much does a bail bond cost?

One of the most common questions is how much does a bail bond cost.  Each bail bond costs a different amount which is calculated based on the total amount of the bail that is set.  Bail is usually set several hours after an arrest when the accused has been through processing and booking.  When the bail is set, then the appropriate fee for a bond can be determined.  These fees are regulated by governing bodies and should not change from county to county although they may vary from state to state.  In Florida, how much a bail bond costs is controlled by the Florida Department of Financial Services and the fee is 10% with a $100 minimum per charge per bond.

Using Florida bail bond fees as an example, if a person had a bail set at $1,000 the fee a bail bondsman would collect is $100.  Some bail bonds companies offer payment plans when the cost of the bond exceeds a few thousand dollars, but that option is not always available.

When thinking about how much a bail bond will cost, it’s important to know that each charge requires its own bond.  That means that a person who is arrested on more than one charge will need to pay fees for more than one bail bond.  Using the same numbers from the previous bail bond cost example, if a person is arrested on 3 counts with $1000 bail for each charge, the total cost to have them released would be $300, because 3 bonds would need to be secured.

How much a bail bond will cost will always vary from arrest to arrest but should NOT vary from bail bondsman to bail bondsman.  Since the fees that dictate how much bail bond costs are regulated, they should remain the same for every bail bondsman in the state.

In some cases, when the risk is deemed minimal, bail bond companies are more flexible with collateral requirements. They can accept the signature of an established person in the community that has a job and a checking account.

Other things that are considered when determining the risk are:

What are Surety Bonds?

Surety bonds take a different type of collateral, anywhere from the signature of a friend or a family member, home, jewelry, credit cards, or cash – any type of collateral. For example, if there is a big bond for 40k, one might want to sign their home as a homeowner.

A Bail Agent would not take the signature of someone who is not employed. The criteria to look for would be to only take the signature of someone in good standing in the community, capable of paying his or her bills, length of time living in the community, employment, crime and criminal history, age of defendant, and also who is responsible for the defendant.

A trustworthy bail bondsman will take the time to discuss the different types of bail bonds and how they work.  Choosing the type of bail bond that best suits a situation is largely dependent on the cost of the bail bond and the assets available to secure it. 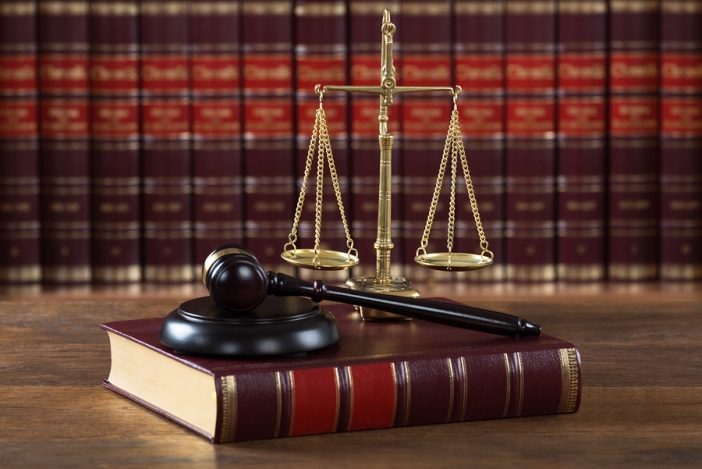 What are Collateral Bonds?

Sometimes called a property bond, this type of bail bond uses the estimated value of personal property instead of cash as payment for the bail bond.  Property in this case can mean house, jewelry, or valuable electronics and serves as proof that the accused will show up in court. If they don’t show up in court, the collateral is not returned and in some cases the property may be at risk for collection.

A Signature is a type of collateral.  When a bail agent bonds people out, they want to make sure that they take types of collateral.

What are Signature Bonds?

Signature bonds are a common type of bail bond issued to low risk offenders.  It is based solely on the word of people. A signature bond requires the signature of a community member or the arrested stating that they will return to court to be sentenced. Signature bonds differ from “cash bonds” and “property bonds”.  With signature bonds, the signature serves as the collateral for the bond and, if the accused does show up to court, the signature is sufficient. It gives them a chance to return home and show up to the court without having to pay any bail. Signature bonds can also be risky because If they don’t appear in court, additional fines, fees and warrants may be issued.

How to find a bail bondsman

As the leading bail bond company in Florida, A Abbott & Cathy Bail Bonds recommends asking co-workers, friends, and neighbors which bail bondsman they use before turning to an Internet search.  In addition to asking other people for recommendations, it’s also advised to call local bail bondsman to ask them questions.  Paying attention to how they answer is often the best guide when choosing a bail bondsman.

If an Internet search is conducted, it’s best to do more research on the company and browsing on their website before making a decision. Checking for reviews, articles and resources for clients is a good way to determine which bail bond companies are honest and truly trying to help the public.  A Aabbott & Cathy Bail Bonds has excellent Google reviews, so please read each one.

There are risks associated with bail bonds for both the bail bondsman and the person securing the bond.  Most of the time risk is elevated if a long sentence is anticipated.  Keeping that in mind, the most common risk for people who cosign a bail bond is that the person they cosigned for doesn’t show up to court.  Often called “skipping bail,” when this occurs, a warrant is issued and a hunt for the person begins.  If they don’t return to court, either on their own volition or by way of the bail bondsman, within 30 days the person who secured the bond will be responsible for the entirety of the bail. This is the riskiest part of cosigning a bail bond.

Another risk when cosigning a bail bond is associated with collateral bonds specifically.  In the event that the defendant does not appear in court and a collateral bond was secured, the collateral may be forfeited.  In some cases, liens can also be placed on property that has been put up for collateral.  Overall, it’s best to evaluate the risk of cosigning or securing a bail bond carefully before agreeing to do so.

What to expect after the bail bond is issued

If the defendant shows up for their court date, the bail bondsman will return collateral or any cash remaining after fines and fees are paid.  However, if the accused does not appear for their hearing what to expect after a bail bond is issued changes drastically.

Once they are deemed a no show, a warrant for their arrest may be issued and the full amount of the bail will be owed.  Since the bail bondsman only has 30 days to make sure the accused gets to the courthouse, the person who secured the bail bond should expect to cooperate with a bail bonds company to find their loved one.  If the court date is skipped, it should be expected that all cash and collateral may be compromised. A good bail bonds company will make every attempt to find the individual before resulting to putting liens on property and collecting collateral.

AAabbott & Cathy Bail Bonds is a Florida based bond company thathas served the Fort Lauderdale and Miami areas for many years as well as Nationwide.  They are known for their dependability and excellent customer service.  They offer signature bonds, collateral bonds and cash bonds. Available 24 hours a day and 7 days a week, A Aabbott & Cathy Bail Bonds boasts a team of qualified bail bond agents that provide reliable bail bonds services across Florida and the United States.