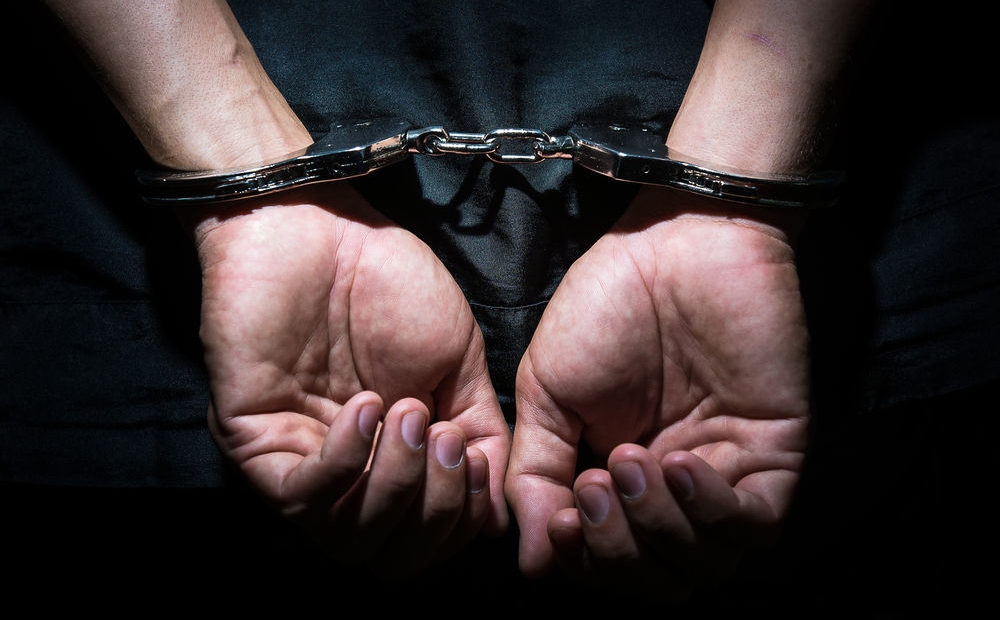 Florida Arrests in 2020 Are Already Off to an Interesting Start "

Florida Arrests in 2020 Are Already Off to an Interesting Start

Just a few days into the New Year and the arrests in Florida are already piling up.  Crime rates continue to soar and drug use is on the rise. Both of these things contribute to the larger number of arrests and the larger number of hilarious stories of about why these people were arrested.

The first week of the year did not disappoint with these hilarious stories.  Below are three favorite stories about why people were arrested that made many people in Florida laugh.  It’s important to remember that all of these people are innocent to proven guilty – but that doesn’t mean we can’t get a good laugh out of what allegedly happened.

There’s always a bizarre backstory to some of the wildest headlines.  It’s important to note that the hilarity of the backstory doesn’t condone the crime.  With that being said, let’s take a look of some of the funniest Florida arrests of the first week in 2020.

Police responded to a call where they found the naked man inside a ditch and rolling around in mud.  Reports say that when they found him, naked and mud covered, he was also making bird noises.  Later it was discovered he was high on methamphetamine.  This must have contributed to the actions he took next.

When he saw the police approaching he punched one and ran.  Local news outlets say that the officers attempted to subdue the meth-filled mud runner with stun guns.  The meth must have been giving him the power to keep going because he continued to run into nearby woods.  Using a K-9, the police set out on a search for the naked man.  When he was found by the police dog, he got down onto all fours, mimicked the dog and then bit it on the ear.

He was arrested on multiple charges and the dog, named Casper, did not suffer injury.

The woman in this story describes a situation that many of us have been in.  However, for her and her other half it escalated to a night in jail.

According to local records, a 55 year old man and a 61 year old woman started to argue verbally over a TV show they were watching.  Reports say that he woman claims their verbal argument turned physical when she punched him in the arm to “get him to stop annoying her” while watching The Kelly Clarkson show.  Based on the date of their arrest, the episode of The Kelly Clarkson Show she was trying to watch was a wrap up of the favorites from last year.  She must have really wanted to see it.

Her other half must have been really annoyed with her as well.  It’s reported that he responded to her by punching her in the face, which was swollen and red when the officers arrived.  According to the man, he didn’t punch her and didn’t see the mark.  He claims he was trying to calm her down.  Officers said that both were intoxicated and that impacted their stories.  The two did agree they have been involved for about 14 years.  Both were arrested on domestic assault charges and were ordered to not have contact with each other by the judge.

Florida man arrested after picking a fight with a gas pump

This next man took an entirely different approach to having  fight with his girlfriend.

Instead of assaulting her, he took his anger out on a gas pump.  He was arrested after allegedly punching and kicking it while outside the gas station.   The 24 year old told police that he picked the fight with the gas pump because he was filled with rage after an argument he had has with his girlfriend.  While kicking the pump is better than the approach of the other man, it’s still not exactly going to keep a person from getting arrested.

The gas pump fighter was arrested and booked for a disorderly conduct charge.  The gas pump suffered no injuries.

Anyone can get arrested and need a bail bondsman in Florida

These funny arrest stories are great to laugh at but they also serve as a reminder.  It doesn’t take a lot of provocation or back story for a situation to turn sour.  Not all people who are arrested and need a bail bondsman are bad and life long criminals.  Some of the people who find themselves needing a bail bondsman just had a bad day and a fight with their other half.

No matter why the arrest occurred, the need to post bail to get out of jail is a big one.  People need to be able to continue to go to work and to care for their families even after they get in a fight with a gas pump.  It’s for this reason that as a community we remember that not everyone arrested deserves the stigma that comes with it or to sit in jail because they don’t have the funds to post bond.

Cathy Crespo and A Aabbott & Cathy Bail Bonds are located at 1101 S Andrews Ave in Fort Lauderdale, Florida.  Their dedicated customer first approach has earned them recognition as one of the best bail bondsman in Fort Lauderdale.  Offering a variety of types of bonds the team at A Aabott & Cathy Bail Bonds can help Florida residents with signature bonds, cash bonds and payment plan bonds. To learn more about the process of posting bail with a bail bondsman, visit the bail bonds frequently asked questions section on their website.