Last Monday, Uber driver Chad Farley of St. Petersburg, FL picked up what seemed like any normal passenger. However, Farley knew something was wrong when he noticed his passenger’s destination was the middle of the Sunshine Skyway Bridge. The driver, familiar with the bridge from his rounds, knew that there is no pedestrian walkway nor safe footing for even the most determined of pedestrians. Loitering near the top of the bridge, a height of some 180 feet, is reserved for those contemplating a jump to their death from Florida’s most popular spot for suicide. 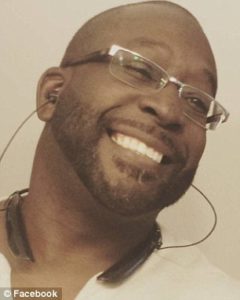 Farley grew suspicious of his passenger but remained calm and collected. He began to chat with the man and learned that he was recently diagnosed with brain cancer–a personal subject for Farley as his own mother passed away from cancer. The two bonded over their shared experiences. The man’s explanation for his destination only left Farley with more questions: “He said his doctor told him to go to the middle of the Skyway, pull over, and use the phones to get an ambulance to take him to Tampa,” Farley told officials. A full account of that night can be found on Farley’s personal Facebook page.

Farley played along with the passenger’s story and asked him to talk to the toll operators about using the emergency phones at the bridge’s peak. From the driver seat, Farley signaled to the operator that something was horribly wrong. The operator directed them to pull over at a nearby rest stop.

Farley, a leader at Community Bible Baptist Church, considers his work an extension of his ministry. He prayed with the man, took his hand, and smiled together for a photo before dropping off the passenger.

“He was getting out, but before he did, I told him how much God loves him,” Farley told the Tampa Bay Times. “I just held out my hand, and when he gave me his hand it was shaking like an uneven wheel on a car going down the highway, it was shaking so badly.”

It was later revealed that Farley actually took the selfie so that the police could identify the passenger since the personal information of Uber patrons is erased forever upon reaching their final destination (no pun intended). Farley did end up calling the police and they approached the man who was seated pensively at a bench. Startled, the young man panicked and jumped into the water where he intentionally submerged himself despite the troopers’ fervent pleas to swim back to shore. Officials acted quickly to rescue the man who was found unconscious in the water several minutes later.

The man was transported to Bayfront Medical Center where his condition was noted as critical but stable.

Farley plans to visit him in the hospital.

Sgt. Steve Gaskins, spokesman for the Florida Highway Patrol, said the two troopers — Cpl. Robert Friesen and Trooper Kristen Middleton — “did an outstanding job.” Gaskins also praised Farley for reaching out to authorities with his concerns about his troubled passenger. In a statement to the Times, Uber said the company advises drivers to call 911 if faced with an urgent or emergency situation, and that they, “…appreciate Mr. Farley’s quick thinking and compassion for his rider.”

Ironically, Farley’s passenger told him he was going to school to become a counselor, that he wanted to help the hopeless–an ambition which we now know comes from an all too personal place.

“Riders open up to you about a lot of things you wouldn’t expect them to tell strangers,” Farley said. ” I keep my church business card in the car. If someone is hurting, I give it to them.”

One never knows how their interactions with other people, no matter how minor or seemingly insignificant, may change a life forever or even save one.

f you’re thinking about suicide, are worried about a friend or loved one, or would like emotional support, the Lifeline Network is available 24/7 across the United States. You’re not alone. Confidential help is available for free: 1-800-273-8255