Boy Defends Himself From Scary Clown Prankster With Selfie Stick "

Boy Defends Himself From Scary Clown Prankster With Selfie Stick

On Friday the 13th (how cliche), a low-rent, knock-off version of Pennywise the Clown of Stephen King’s It was hiding in some bushes along a sidewalk on Howland Boulevard. The 11-year-old victim, a resident of Volusia County, told deputies that the clown jumped out of those aforementioned bushes in an attempt to scare him while ridding his bike home after school. 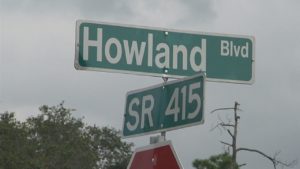 The clown had a rainbow-painted face complete with a red foam nose, a long-sleeved shirt in a horrid green color, and–to top it all off–black combat boots. Although the clown made no physical contact with the victim, the clown did reach out in an attempt to grab him. Fearing for his safety, the victim used his metal selfie stick to defend himself by whacking the clown with it.

According to the victim’s account, the clown proceeded to chase him down the block until he tripped and fell. Upon getting up, the clown ran back into the bushes and vanished. No weapons were seen or found.

The Volusia County Sheriff’s Office posted a warning on Facebook that all, “…evil clowns and anyone considering creepy clown activity,” should not expect to be saved.

“We will not be there to save you if your intended target defends himself or herself, and you may face other penalties as well,” authorities said.

The boy escaped unscathed. No arrests have been made at this time.

The 2017 remake of It is still showing at a theater near you.